Ballou & Stotts Funeral Home was established as Burkesville Funeral Home on September 01, 1950 by Kenneth Ballou, M. L. Grissom, Charlie Clift, and Frank Callison. The funeral home has operated at the same location since its inception. Mr. Kenneth Ballou was a 1947 graduate of the Kentucky School of Embalming in Louisville, KY and a veteran of World War II. He began his career in funeral service with Mr. M. L. Grissom of the Grissom Funeral Home in Columbia, Kentucky, and later worked with the J.W. Manning & Son Funeral Home in Louisville, Kentucky, until establishing this firm in 1950. Mr. Ballou had the distinct honor of serving Cumberland county residents for 70 years.

In 1955 Ralph Anderson, a native of Cumberland county purchased an interest in the firm and thus the name was changed to Ballou & Anderson Funeral Home. Mr. Ballou and Mr. Anderson operated the funeral home until the mid-sixties when Mr. Anderson sold his shares to two Burkesville citizens, Mr. Luther Shepherd, an insurance company owner, and Mr. Randolph Smith, a local pharmacist.

This combined partnership lasted many years, with Mr. Ballou retaining controlling interest. In September of 2000 Josh and Melanie Stotts joined the funeral home and later purchased controlling interest. Joshua Stotts is a 1997 graduate of Adair County High School, in Columbia, Kentucky, and a 1999 graduate of Mid-America College of Funeral Service in Jeffersonville, IN. Mr. Stotts began his career in funeral service at age sixteen and served his apprenticeship under David G. Martin with Grissom-Martin Funeral Home in Columbia, Kentucky, purchasing the Ballou Funeral Home in September of 2000. The funeral home continues to provide Burkesville and Cumberland County residents with caring and compassionate service. It has continually been updated and remodeled to better serve the families who call upon us. 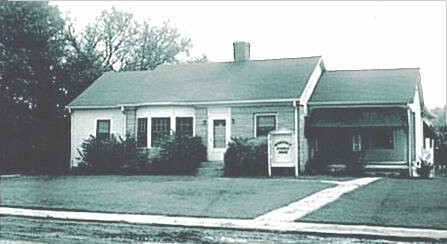 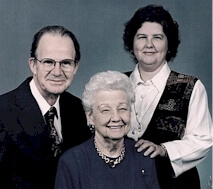